With less than 200 days to the history-making 2019 General Elections in Nigeria, DOXA DIGITAL Nigeria a top Event Management company in Nigeria’s capital Abuja is poised and strategically positioned not to reinvent the wheel, but to cause a major shift in Nigeria’s Elections history. With an undeniable vast experience in events management/planning, prints and conferencing; DOXA DIGITAL has discovered what may be the jinx breaker in the upcoming polls.

It’s been four eventful years from the last General Elections in 2015, and over 60 percent of Nigerians (although unofficial) have attained the year of 18 and above, the age stipulated by law as eligible for voting. This may not be farfetched because according to estimates from an online source, Nigeria has grown in population over the past four years with an average rate of 2.65 percent each year contributing to about 2.5 percent of the world’s population which stands at about 7.5 billion. Also, over 65 percent of Nigeria’s populations are youths between the ages of 18 and 35 with a median age of 17.9 years. More so, the Independent National Electoral Commission INEC has indicated that over 80 million Nigerians have been registered. The guess is yours on who makes the largest share. Going into these elections with the above assertion, it’s already an obvious fact that these young population may have a greater say on who wins

What is DOXA DIGITAL doing?
However, as top Event Planners/Managers, DOXA DIGITAL Nigeria has since commenced a process of galvanizing this group towards the 2019 elections. With tested strategies, collaborations and consultations with relevant electoral bodies, not for profit organization etc, we have gained tremendous momentum in being able to demystify the minds of these young ones.

Furthermore, through our corporate social responsibility (CSR), Consultancy services and events management, DOXA DIGITAL Nigeria has been involved in several programs geared towards the purpose of winning the heart of the youths. Through events management, Abuja’s top events management company has been involved in the INEC Campus Outreach, a campaign and sensitization drive, taken to some universities in the country and funded by the European Union. This is an outreach programme meant to awaken the sensibilities of youths on the need to play an active role in elections and governance. Not to sell their votes whereby surcharging their future. Through collaboration with a youth movement called The Capital Movement (TCM) DOXA DIGITAL organized a musical and talent show in Nigeria’s capital that attracted thousands of youth. During this event, the youths who exhibited various talents and skills were taken through a round of sensitization and re-orientation messages, especially for the first time voters. It was a successful strategy because the youths realized that they were a major stakeholder in governance and politics as Nigerian stands and that they had their future in their hands. They promised not to sell their votes but to vote for their future and for their conscience.

Over the years, this group in Nigeria’s population must have been underestimated, overlooked, intimidated and kept in the dark. Consequently, these young ones have over the years shown less or no interest in governance and politics. Not caring how governance shapes their future and that of the unborn child. This may be the reason why some youths in the past had been seen to be gullible and as such played into the hands of selfish politicians as tools for perpetrating electoral violence, such as ballot box snatching and stuffing.

Meanwhile, accolades must be given to this present administration for passing into law the Not Too Young To Run bill which in spite of strong oppositions has seen the light of day. We hope this move is sustained sincerely. However, it has preempted a revival in various youth circles and will pave way for wealthy, futuristic youth engagement in governance and politics

DOXA DIGITAL Nigeria Abuja’s best event management company is managed by a team of professional and dedicated individuals, whose experience in events management and planning spans over 15 years. The team is very fortunate to be led by a Pharmacist turned events guru; Olatunde Benjamins-Laniyi and supported by Dayo Benjamins Lamiyi.

Mfonabasi Barry Udoh is a PR professional, a communications and social media strategist. He works with DOXA DIGITAL Nigeria 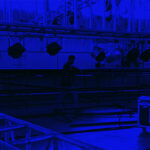 Touring Technical Production in an Event

Who Has The Largest Stage in Abuja Now?

Welcome to 2023, many opportunities await you if you do these things.